BACK TO ALL BLOG POSTS

We’re all about showcasing the local artistic community at each of our hotels, and Vienna’s new Max Brown 7th District is no exception. As you float through the hotel, you’ll notice the works of local artists big and small, from the giant outdoor mural to the small print in your room. We’re proud to announce that you can now see the work of the legendary Austrian artist Renate Bertlmann at the new restaurant located on the hotel’s ground floor, Seven North. The work is a perfect complement to the restaurant’s playful vibe. 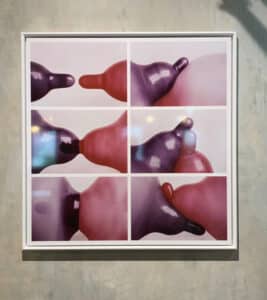 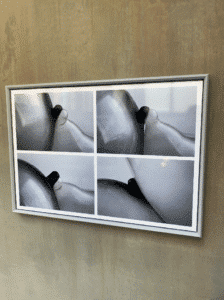 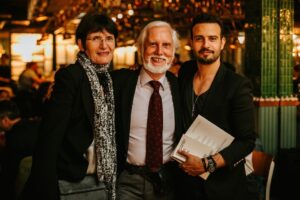 Her works on display at Seven North are seminal pieces from her iconic Tender Touches series, in which inflated latex condoms that resemble teats caress each other in suggestive ways. These works brought together the phallic and feminine, playing with our idea of gender and sexuality. When the film created with this series was first shown in Germany in the late ’70s, audiences were so scandalized by its overt eroticism that it was banned from major exhibitions. We believe the work’s humourous spirit wonderfully complements Seven North’s carefree attitude.

This year, Bertlmann is making history at the Venice Biennale as the first woman artist to take over the Austrian Pavilion, happening now through late November. Also if you find yourself in London, don’t miss her at Richard Saltoun Gallery’s 100% Women exhibition on view as of 15 November in London.

Return to top of page